Dive into our Past

As its name suggests, Aquadive was a brand born to be underwater. The company was founded in the 1960s, when the sport of scuba diving was enjoying great popularity. In those days before digital wrist computers, a diver needed to track his time and depth while underwater, requiring the use of a waterproof watch and a depth gauge. This ensured he didn’t overstay his time underwater, risking injury or running out of air.

By the late 1960s, almost every brand had a dive watch in its lineup but very few were dedicated to making only subaquatic timepieces. This devotion to the sport of diving is what made Aquadive such a popular choice for those who needed a durable, accurate watch. Aquadive watches were sold in dive shops next to wetsuits and fins, and advertised in all the diving magazines of the time. Prominent Mercury astronaut and US Navy SEALAB aquanaut, Scott Carpenter, even endorsed Aquadive.

Aquadive sold several models, including chronographs, shallow snorkeling watches, all the way to the formidable Aquadive 1000, one of the first 1,000-meter rated dive watches. The watches came in all shapes and sizes, many with bright colorful dials and hands that conjured up tropical coral reefs, blue water, and orange Caribbean sunsets, all mounted on steel bracelets, rubber straps, even on neoprene. 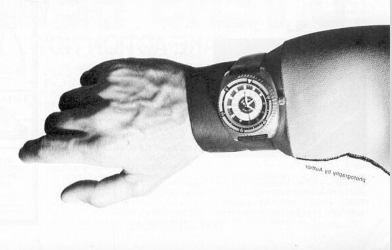 In 1970, Aquadive introduced what would become its most famous watch — the Time-Depth “Model 50”. It was a gargantuan watch, especially for its era, at 47 millimeters across and 20 millimeters tall with a huge rotating bezel and 24-millimeter strap width. The Model 50 was big for a reason. The watch incorporated an oil-filled depth gauge, with a cutting edge Dynatron electronic movement. At a time when divers normally had to wear a watch on one wrist and a depth gauge on the other, the Model 50 combined the two in one instrument. It was a sensation among divers, and would go on to become a dive watch icon, coveted today by collectors.

The rise of inexpensive battery-powered quartz watches in the 1970s and ‘80s finally spelled doom for Aquadive, like it did for so many of the Swiss watch companies. The name Aquadive laid dormant for decades until 2011, when Rick Marei, a devoted dive watch collector, revived the brand, releasing several new models. The first watches in the reborn Aquadive lineup included those with new old stock cases pulled from the company archives, fitted with updated crystals, dials, and seals. There was also as an entirely new watch known as the Bathyscaphe, which was based on the original design of the iconic Model 50, but with a Swiss automatic movement. The Bathyscaphe remains the flagship of the current Aquadive family.

Today, Aquadive is a thoroughly modern watch brand, with steel and bronze cases CNC machined in Germany, ceramic timing bezels, and assembled in Switzerland using cutting edge materials and techniques. But Aquadive remains a company devoted to the same codes as it did in the 1960s and ‘70s—robust, highly water resistant, accurate dive watches for adventurers. 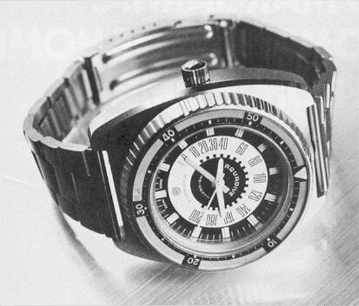 Aquadive watches are built to a high standard so you can rely on, and enjoy, them whether you’re a diver or not, with ample water resistance, robust and beautiful case, and accurate, high quality movements. 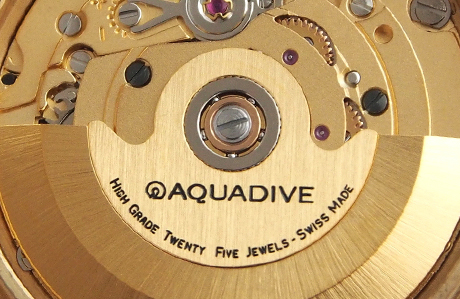 GEARPATROL's Thoughts on our Bathyscaphe 100 DLC

Nowadays, you can hardly throw a dead fish without hitting another new dive watch brand. The availability of Far East […]