The Lost Ships of Cortés Project

Aquadive is proud to be the official watch supplier, and financial supporter, of the Lost Ships of Cortés Project, one of the most important archaeological expeditions of all time.

In 1519, the Spanish conquistador, Hérnan Cortés, came ashore and established the first European settlement in what would later become Mexico, the town of Villa Rica de la Vera Cruz. In an attempt to prevent mutiny and abandonment by his men, he ordered 10 of his ships scuttled offshore, a remarkable act of “all or nothing” commitment. The remains of those ships have never been found.

Cortés scuttling his own fleet | 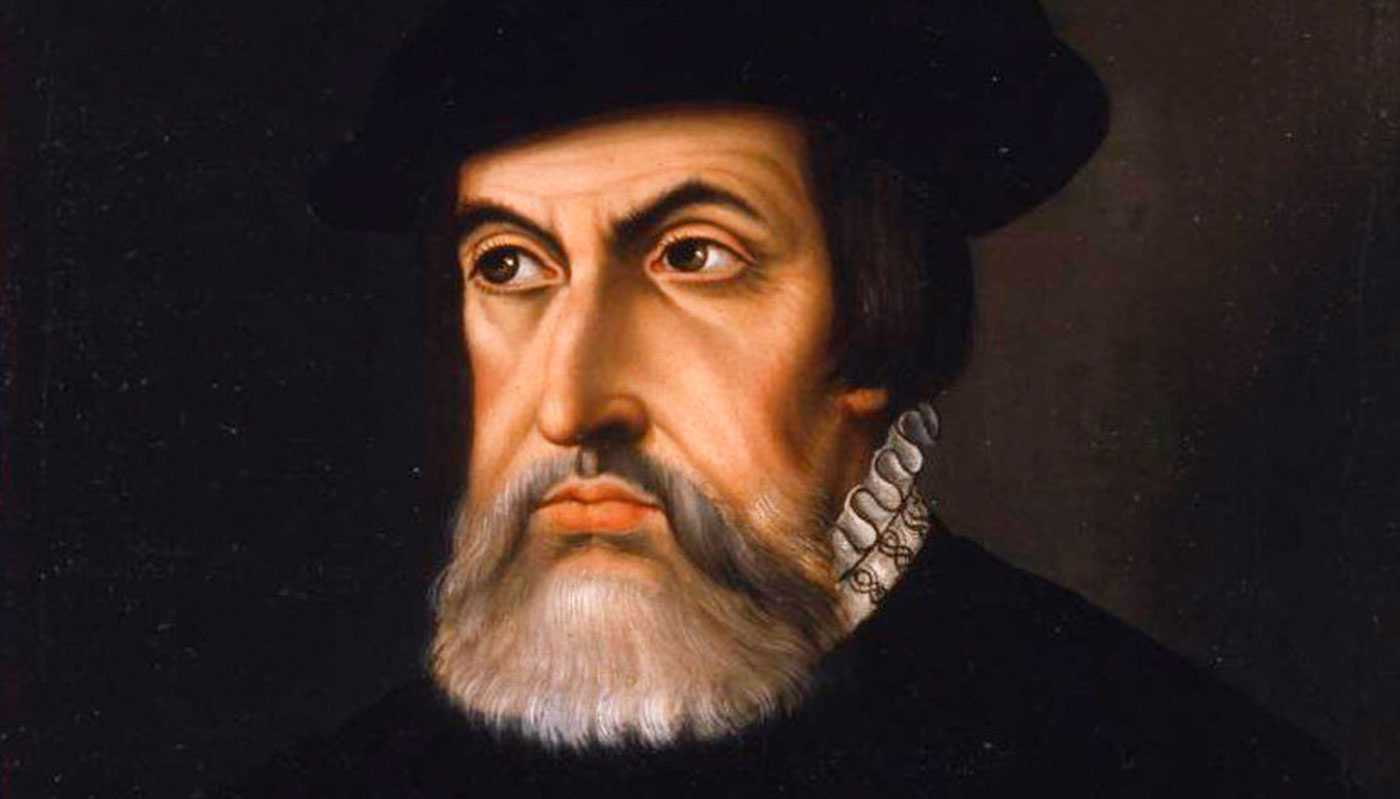 A map depicting Cortés’s invasion route from the coast to the Aztec capital of Tenochtitlan. Yavidaxiu [CC BY 3.0]

In 2018, a team of underwater archaeologists set out to locate the lost ships of Cortés, using methods both high tech and incredibly basic, from systematic sea bed profiling to digging through meters of sand and clay. Near the end of the first season of work, the team made a remarkable discovery: an intact anchor, buried under the sand. Analysis of the style and composition of the anchor determined its age and origins, squarely from the era when Cortés landed on Mexican shores. It was a tantalizing clue that made news and brought the team back in 2019 with renewed enthusiasm.

The 2019 season saw the Lost Ships of Cortés Project back in Mexico, narrowing down their focus on clues on the ocean floor, probing and excavating for evidence of those missing shipwrecks. The search area has been narrowed and further clues have been found. As the season winds down, the team packs up and heads for home, already eyeing a return to these Mexican waters.

The Lost Ships of Cortés Project 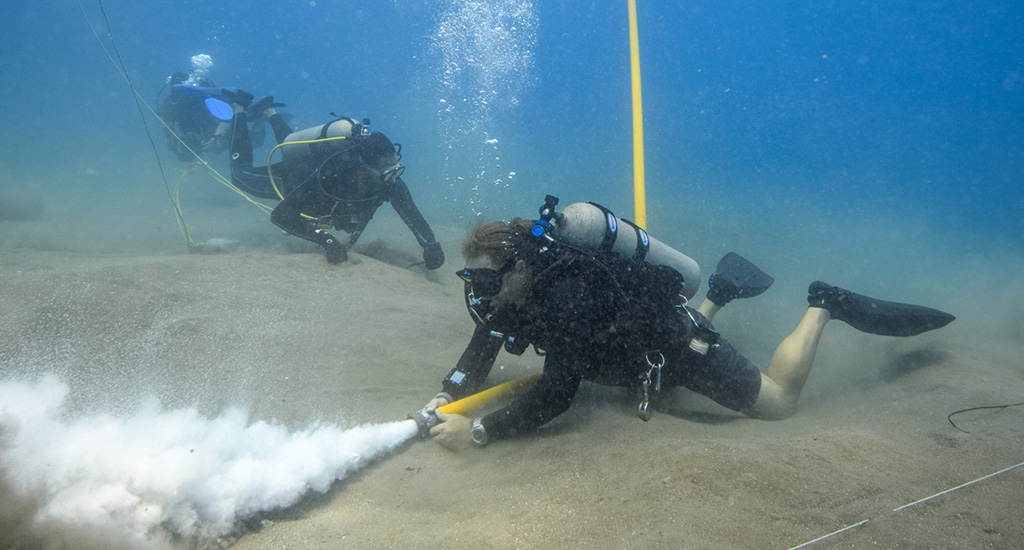 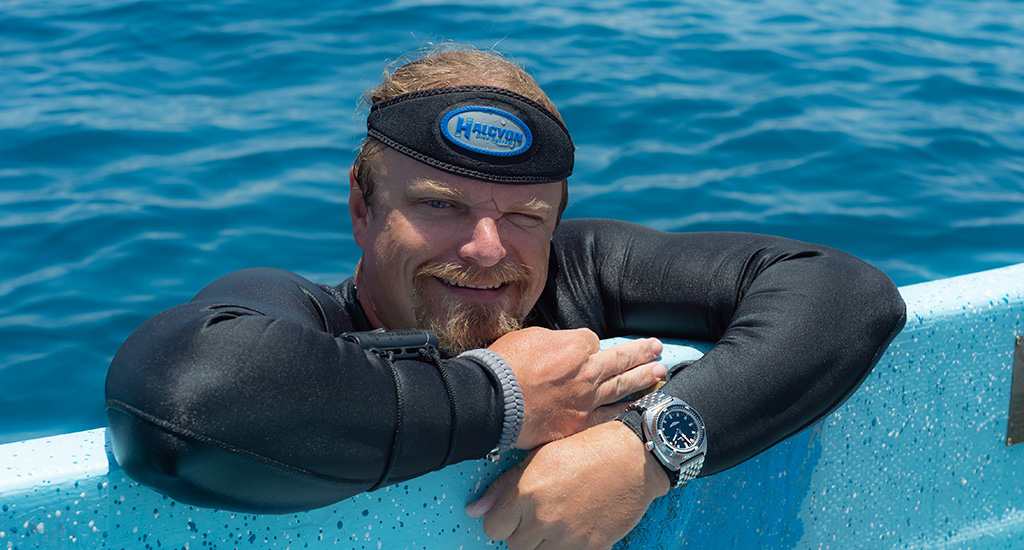 Fritz with his well worn Bathyscaphe 300 | Photo by Gishani Ratnayake 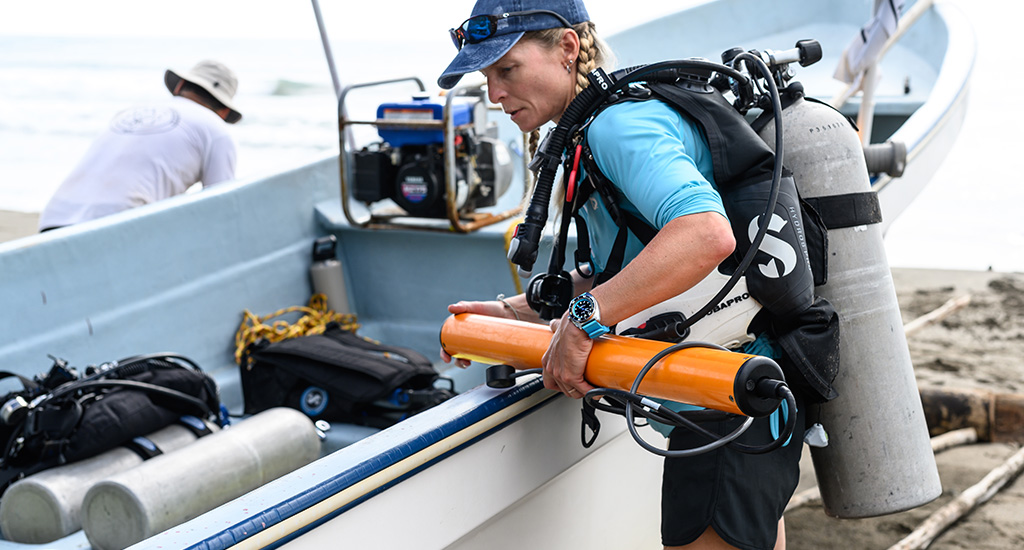 Aquadive has been a part of the Lost Ships of Cortés Project since the beginning, both as a sponsor and watch supplier. Team members have worn Aquadive watches daily, relying on them for timing crucial details from diver rotations to meal times. There could be no greater proving ground for a dive watch than this expedition, where daily exposure to sun, sand, and saltwater conspire to play havoc with equipment. We’re proud to say the Bathyscaphe 300, Bathyscaphe 100, and Bathyscaphe 100 GMT models on the teams’ wrists not only endured, but proved an invaluable tool for the project.

“My Bathyscaphe 300 has been on my wrist for the better part of eight years now, and it’s a crucial tool for my profession”, says Fritz Hanselmann, co-director of the Lost Ships of Cortés Project. “It’s got its dings and its dents and it’s got its character, but I wouldn’t change that because it helps me do what I do.” 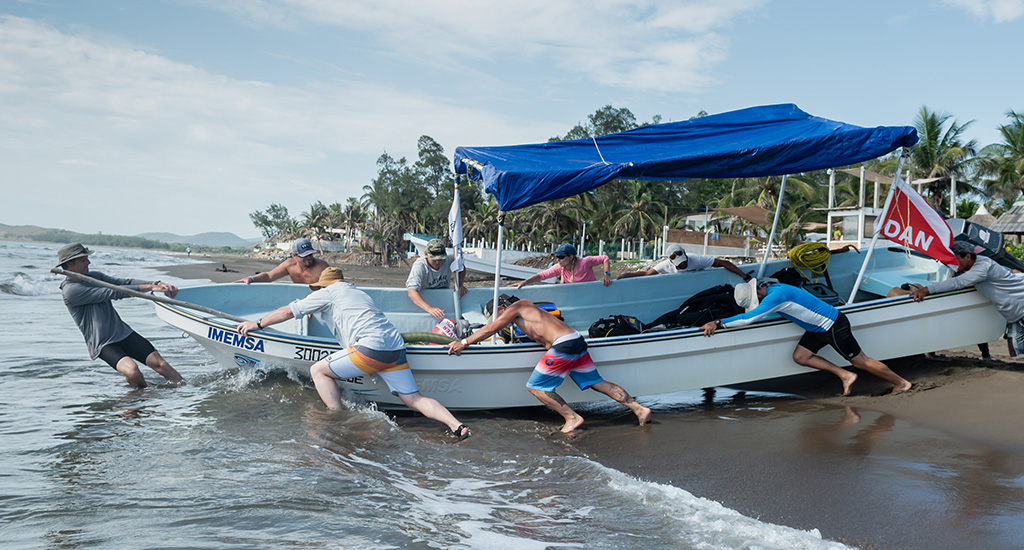 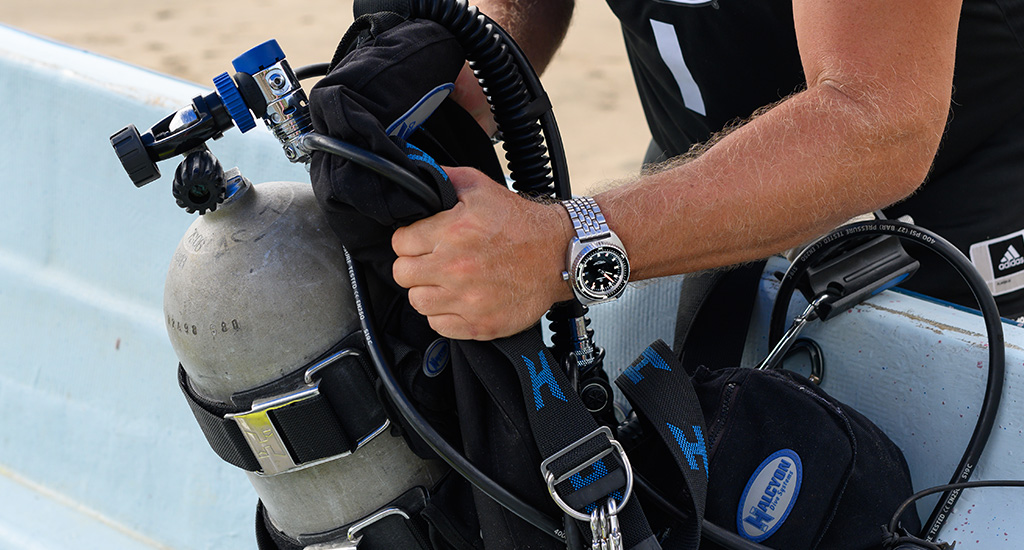 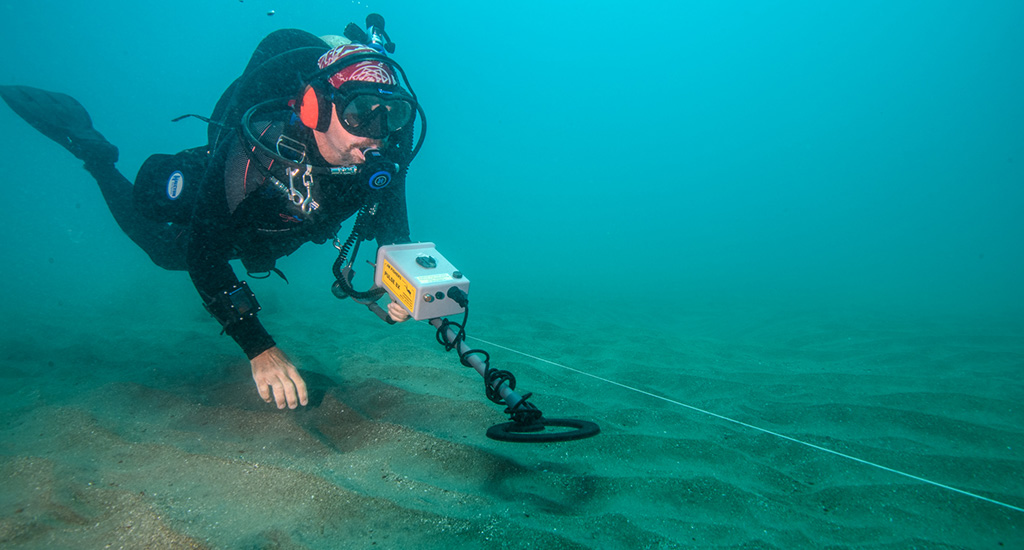 Expeditions of this kind are not done quickly, and Aquadive has committed to being a long term partner to the Lost Ships of Cortés Project. Check back to this page for future updates on this exciting project. 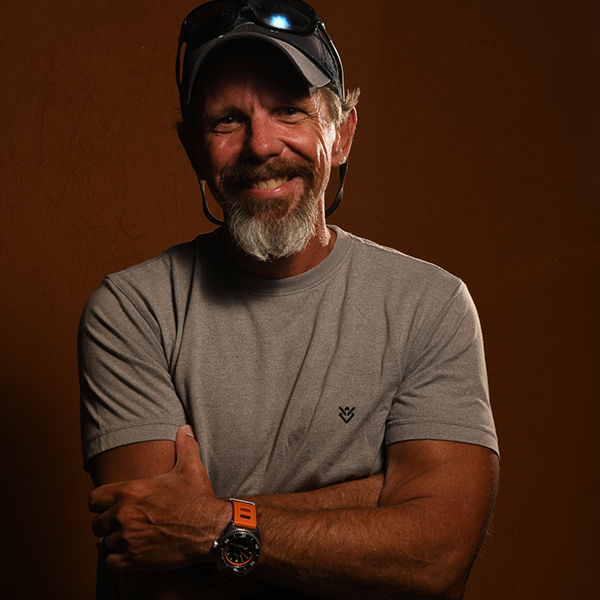 Marine Archaeologist with the US government and Research Fellow at The Meadows Center for Water and The Environment at Texas State University. The Lost Ships of Cortés Project is Chris’s brainchild. 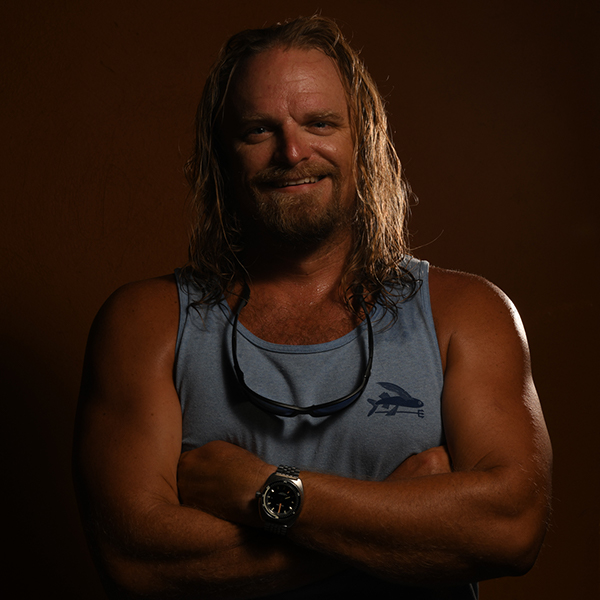 Fritz is an underwater archaeologist and faculty member in the Department of Marine Ecosystems and Society and part of the Exploration Sciences Program at the Rosenstiel School of Marine and Atmospheric Sciences at the University of Miami, where he directs the Underwater Archaeology Program. Fritz has also co-directed the project for the last two field seasons. 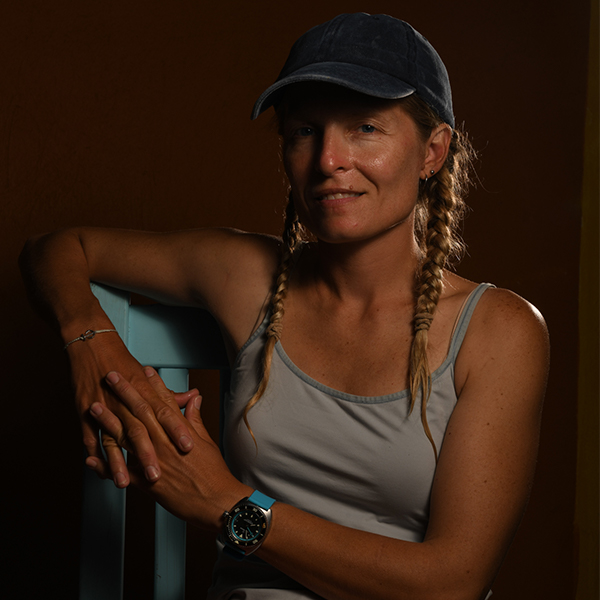 Melanie is also a Marine Archaeologist with the US government. Like Chris, Melanie has cashed in her vacation to co-direct the project for the last two field seasons. 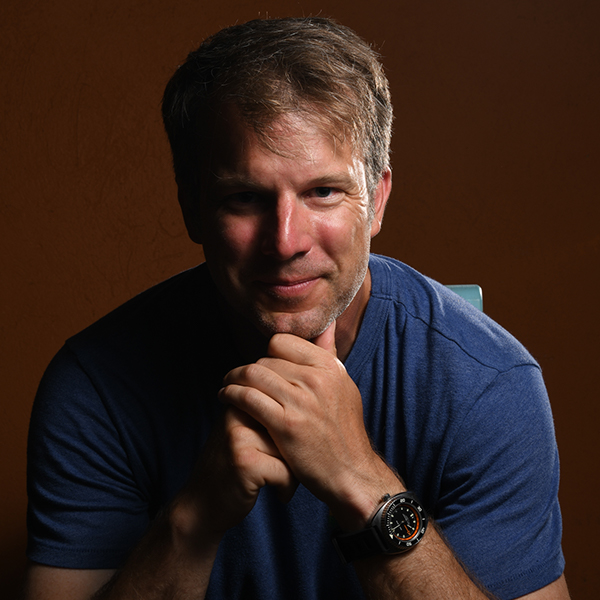 Jonathan is a National Geographic photographer who started the project last year as a co-principle investigator on a National Geographic grant. Like others in the team, he’s volunteering his time on the project. Jonathan’s main task is to produce visuals for scientific analysis along with as storytelling images to raise awareness and help secure funding for future field seasons. 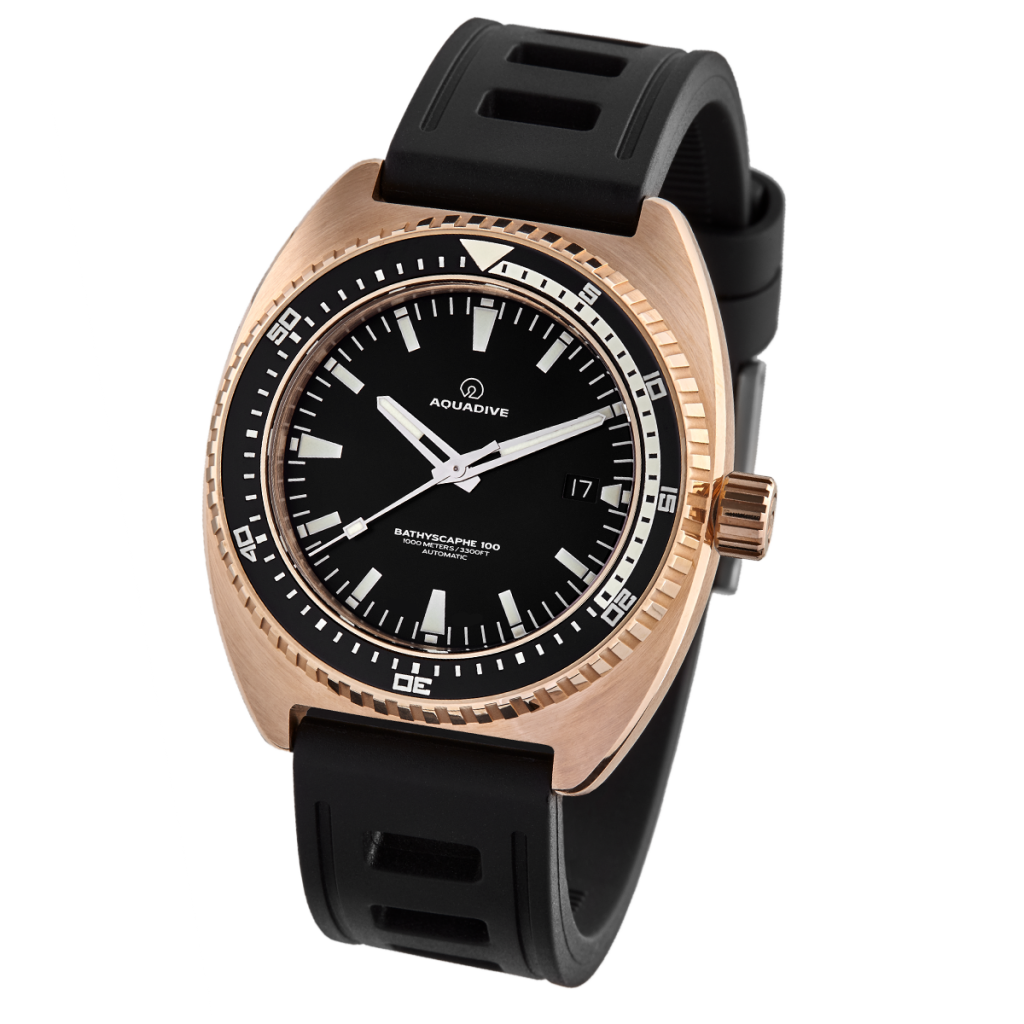 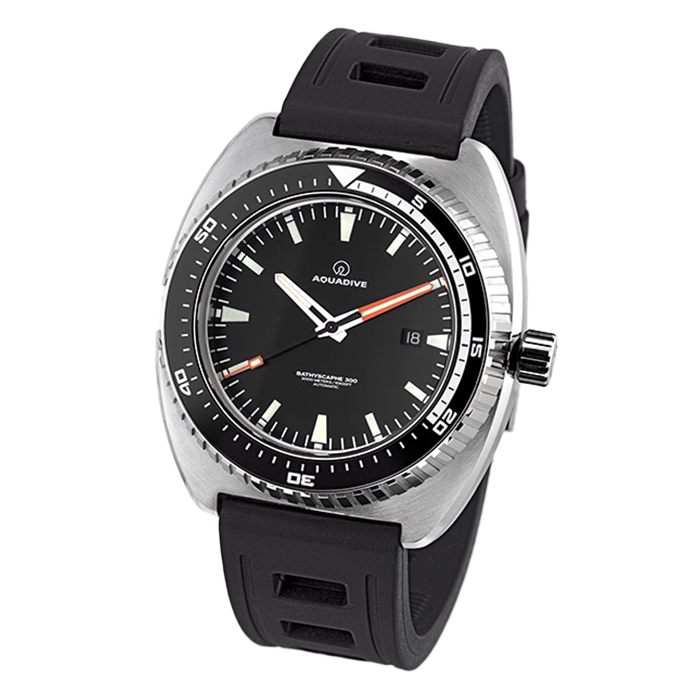 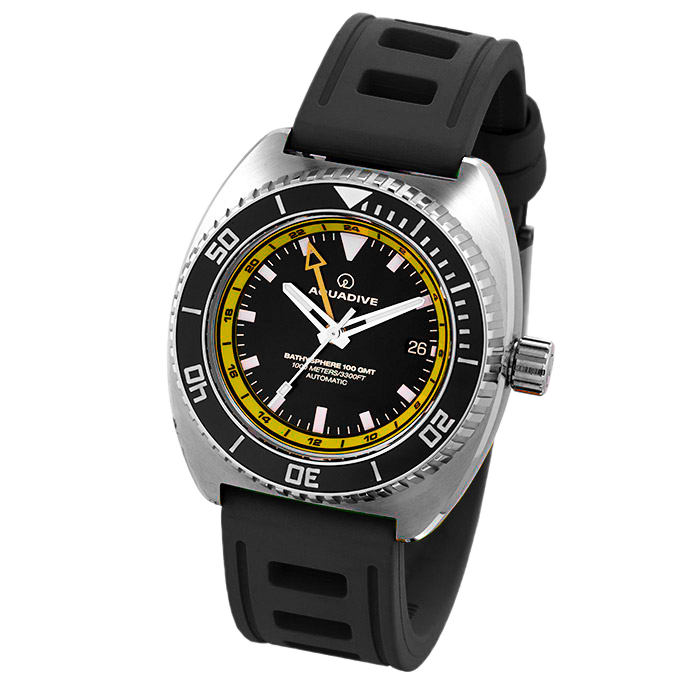 We're proud of everything our timepieces have accomplished. Whether you're at the beach or Great Barrier Reef, you can breathe easy knowing your AQUADIVE is up to the task. Think you have what it takes to join our family of explorers and every-day adventurers?